The First Bridge Too Far:
The Battle of Primosole Bridge

The following blog is written by Mark Saliger, the author of The First Bridge Too Far about one of the most significant British airborne battles of World War Two. The book will be released in July to coincide with the battle’s 75th anniversary. 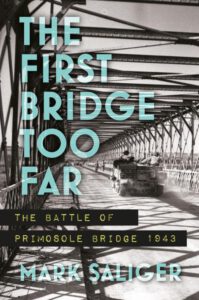 Fresh from fighting in the deserts of North Africa, gaining two Battle Honours as well as their nickname of the ’Red Devils’ in the process, the British 1st Parachute Brigade were now encamped in Tunisia and waiting to play their part in the next step of the reconquest of Hitler’s Fortress Europe.

The Allied leaders had decided to open up the much-awaited Second Front to relieve the pressure on the Russian Front, knock Italy out of the war and push towards the borders of the Nazi Reich. The ‘Stepping Stone to Italy’ would therefore be the invasion of Sicily, carried out under the code name Operation HUSKY.

As the battle-hardened Paras prepared for battle once again, they needed to amalgamate new recruits into the experienced ranks to back-fill losses from the North African fighting. As they trained in the desert, HUSKY was let off the leash. 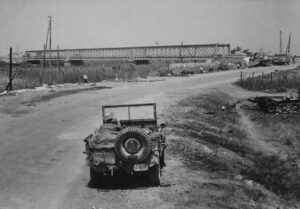 Both the British and Americans used airborne forces to support the invasion. However, both air armadas were heavily fired on by their own navies as they approached the Sicilian coastline, causing mass casualties amongst the glider-borne and airborne troops and questioning their future use on the battlefield. As the land forces pushed northwards across Sicily, they again needed to capture a strategically important bridge, the last bridge before the prize of Messina, the Primosole Bridge. This would allow the Allies to push onto Messina and cut the link to Italy, effectively sealing off the island and securing it from the Axis forces.

Special offer from Mark (ex 1 Para)
The interest in the book has been above expectation and I’d like to see as many serving- and ex-Para Reg blokes as possible have first dibs on the book before it goes out to a wider audience. I’ve managed to secure an additional 100 copies of the book for over a 50% discount for PRA members – so £10 plus p&p instead of the £22.50. E-Mail Mark