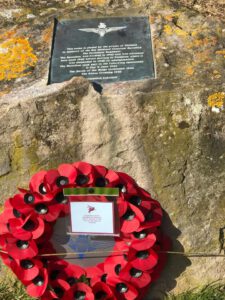 On Saturday 24th February a Service took place at 11.30am in Tilshead, to commemorate the founding of an elite Regiment that fought in some of the most daring campaigns in World War II.

Formed in February 1942, the Glider Pilot Regiment was made up of volunteers from other parts of the Army. These men were put through some of the most rigorous selection and training processes the forces had to offer, before learning to pilot huge unpowered gliders.

The first stage of their intensive training took place at the Regiment’s first headquarters in Tilshead. The responsibility for this initial training fell to the Regiment’s second in command, and later Commanding Officer, Major George Chatterton. He expected volunteers for the Regiment to reach the highest standards. In 1942 he said:

“We will forge this regiment as a weapon of attack… I shall be quite ruthless… Only the best will be tolerated. If you do not like it, you can go back whence you came.”

He remained true to his word. The volunteers were put through tough run marches, obstacle courses and drills on a daily basis. On completing their physical training, they had to return to the camp and ready themselves for inspection on the parade ground. They were judged harshly on every aspect, and should they not meet the strict physical or presentation standards, they were returned back to their original unit. Many did not make the grade, and were sent packing with the letters LMF (Lack of Moral Fibre) stamped forever on their service records. All of this happened before any of them even glimpsed an aircraft.

Those few who did make it through the onerous process, went on to train initially on powered aircraft and then large, troop carrying gliders. Once fully qualified, these men would achieve extraordinary feats of flying, touching their gliders down on unprepared landing zones behind enemy lines, and taking up arms to fight beside the troops who they carried into battle. They adopted whatever role was required of them and became known as “Total Soldiers”. They took part in some of the most significant actions in World War II, including the Invasion of Sicily, D-Day, Operation Market Garden and the Rhine Crossing.

There were veterans who were critical of the harsh training they were put through at Tilshead, but many others acknowledged that it prepared them for the experiences they endured during the rest of the war. The Regiment was moved to Fargo Camp, near Larkhill, in September 1943, but Tilshead will forever be remembered as the Regiment’s first home.

In 2004 local resident Frank Druce and his wife organised a memorial stone to be placed alongside the existing Parachute Regiment Memorial. In the past an annual service had been held at the memorial stones by the veterans of the Glider Pilot Regiment Association. In 2016 the Regimental Association was wound down due to the declining number of veterans still alive and the memorial service ceased.  The new Glider Pilot Regiment Society was formed by the many families and friends of these brave men. Their aim is to continue supporting those who served and celebrate the history of the Regiment for future generations. 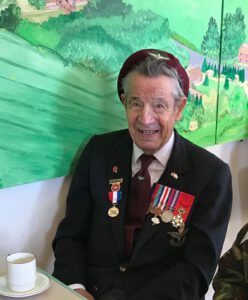 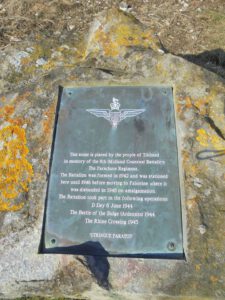