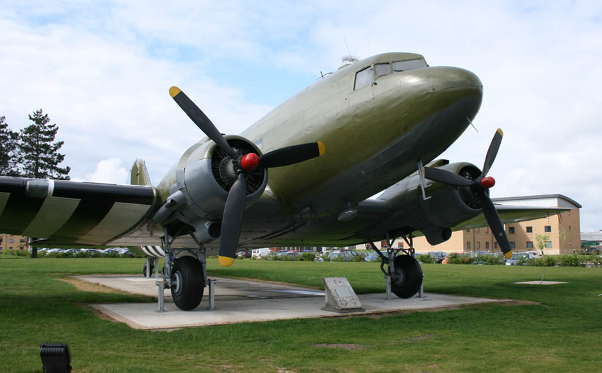 PARATROOPERS past and present were given a tour of a restored Second World War plane which holds a special place in the hearts of all airborne forces. Back in September our Eltham & Chislehurst branch visited Merville Bks, Colchester and made a donation to this worthwhile project. 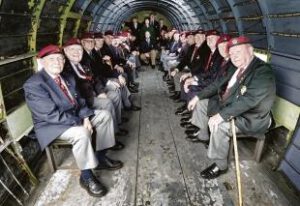 The partly restored Dakota was moved to Colchester in 2010 from Aldershot, the former home of Airborne Forces. It is being restored by Jim Kilbride, a former 2 Para sergeant.

Mr Kilbride said: “The Dakota is iconic for Airborne Forces.

“It may not be the first aircraft that was used for parachute jumps, but it’s remembered as the aircraft used in the big airborne operations of the Second World War.

“The restoration is about three quarters finished and the aim is to have the aircraft back in the state it would have been on the morning of an operation, just waiting for paratroopers to climb aboard.” The Dakota has been given pride of place by the front gate at Colchester Garrison.

If you would like to make a donation to assist in the restoration the details are as follows: