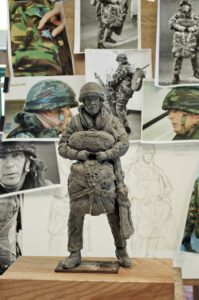 The Parachute Regiment and Airborne forces will come together in Aldershot in 2019, to celebrate 50 years spent within the garrison.

Two former Parachute Regiment soldiers have raised funds and, through the generosity of former airborne soldiers they have commissioned a life sized statue of the airborne soldier, in jump order and mounted on a stone block from the Falkland Islands.

The venue has been changed to Princes Gardens Aldershot …

Princes Gardens lies just by the Queen Hotel, close to the Trafalgar Inn & opposite Princes Hall…..the site of the saluting stand for the Falklands anniversary March past.

This means that the Airborne Soldier will now not be on Military land, but on land belonging to the Town of Aldershot & Rushmoor Borough Council…

It will enjoy a prominence it would not have had.

It will be there for all to see, locals, Military & visitors to the Town.

Here is a link to the sculptors videos, which provide more information on the inception and progress of this project: https://www.facebook.com/audrey.capon/videos/10156411505757881/?t=37

The event on Saturday 6 July 2019, will consist of a march past and service, followed by the unveiling of the Airborne statue.

During this Airborne Forces weekend, over 2000 former and serving Airborne Forces are expected, if you are coming, then please book accommodation as early as possible as hotels are limited within the area.

Further details will be issued later in the year. 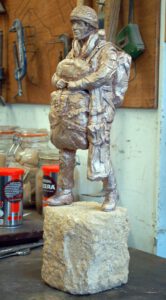 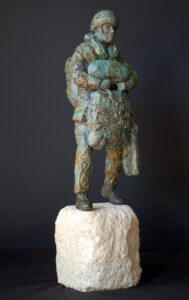 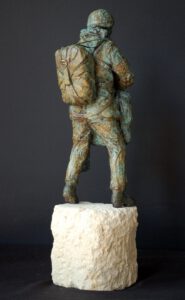