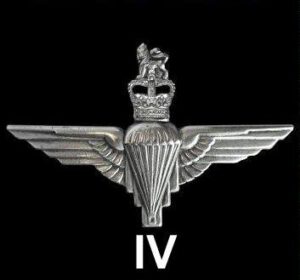 Calling all new recruits in Rugby who are up for a challenge!

The last year has been busy for the soldiers and officers of D Company, 4th Battalion, the Parachute Regiment based in Rugby. Their specialist role has seen them serve in America, Australia, France, the Falklands and Egypt on both operations and exercises alongside their Regular Army counterparts.

D Company has been based in Rugby for almost two years and the increased demand for their unique skills has seen the unit expand with new platoons being established in Nottingham and Newport, South Wales. Unlike the regular Army the reservists carry out their military roles in their spare time, giving up at least 27 days a year to fulfil their commitment. Recent government reviews saw a greater emphasis placed on the role of the Army reserve and D Company have been at the forefront of implementing it.

Company Sergeant Major Ian Chick said: “It’s a fantastic way to spend your spare time and the opportunities available are outstanding. “With the greater emphasis placed on us in the Army reserve the benefits are virtually identical to the regular Army, including the pay.”

Chick, who has served for 31 years’, added: “We hugely value our links with the local community after all this is where we come from and where we recruit. The people of Rugby, Northampton and Daventry, are great in supporting us yet some people still don’t know that the parachute regiment is based here. Our links with the Midlands go right back to World War 2 when they formed the 8th (Midlands) Parachute Battalion. ”

D Company is always on the lookout for new recruits so if you’re up for the challenge and want to spend your spare time in a fulfilling and rewarding way; why not attend their next Recruit Insight Night in Rugby? Telephone (01788) 544177 to book a place.